This morning I woke up early. My living is room is quiet and calm, everyone is still asleep. Elliot got up in the middle of the night and came into our bed, he’s still lying there in the middle, sound asleep, leaving Martin roughly 5 centimetres of bed to sleep on and 2 centimetres of blanket to use.

Jesse and Daniel came home late last night, and won’t be up for a while.

It’s on mornings like these, when the only sound is the wind blowing outside, that I grab a coffee and write.

Today is mother’s day. Later on, I’ll call my mom in Canada.

But for now I’m thinking about this symbolic day, and the three moms I know who lost their children last year to cancer.

Mother’s day… It must be such a difficult day for them.

Which makes me wonder, why do we celebrate this day, actually?

So, since I am after all, an information addict, I turn to the internet to do some research on the history of mother’s day. And what I find is really quite interesting.

The earliest recorded history of celebration of mothers dates back to ancient Greece. But it wasn’t until 1908 in the United States, that mother’s day was officially created and celebrated. Since then, the day has been commemorated internationally every year.

Do you know why the day was created? I didn’t.

So, here’s the story of Ann Marie Jarvis (1832-1905), a mom who had 11 children. Sadly, 7 of her children died from illnesses like measles, typhoid fever and diphtheria.

Losing her kids motivated Ann to take action. She decided to do something to try to reduce childhood mortality rates, to help other families.

So she created the Mother Day Work Clubs, who worked at improving sanitation and living conditions in several local towns. Their goal was to help improve access to health care, share experience and knowledge about proper sanitation and raise funds for medicine for families in need. They helped families with a sick child or an ill mother. They created a program for inspecting milk which was given to kids, long before the government implemented such a program. They were asked to help care for injured soldiers during the civil war, which they did for both sides of the conflict after declaring their neutrality.

After the war, public officials sought a way to alleviate post-war strife, and once more Ann was called upon to help. She planned a “Mothers Friendship Day”, and invited all soldiers from both sides of the conflict and their families, despite criticism and even threats. An immense crowd arrived on the designated day. Ann explained the purpose of Mothers Friendship Day and asked the band to lead them in singing Way Down South in Dixie, followed by The Star Spangled Banner. The tensions dissipated when the band then launched into Auld Lang Syne… According to records, by the time the song was over, it seemed that everyone began to weep and shake hands.

All of this happened because one woman decided to find some meaning in the loss of her children, to try to make a difference for others.

Three years after her death, Ann’s daughter Anna succeeded in convincing the American government to officially declare Mother’s day in honour of her mom. Since then, on that day, mothers are honoured for their hard work in taking care of children and trying to improve the quality of life for kids everywhere. It’s a day when we are meant to remember the children who have left us, and when we remind ourselves that if we work together, we can make a difference.

2 thoughts on “On Mother’s Day” 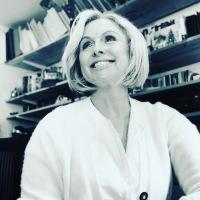